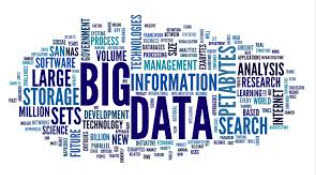 Lately there is much being said about Big Data, as if it were something that will change the world as we know it. Terms like “the new gold” or “the new oil of the 21st century” are being used to desribe its impact (El Vigía, January 27, 2014), and, as was to be expected, the trend has now also reached the logistics sector. From my point of view, when reference is made to Big Data, in general too generic terms are used, leaving it unclear what it really is about. Big Data … Is it a technology? A system? A methodology? A business philosophy? Or is it just a new buzzword? That is, a term invented by consultants and/or software vendors.

Confronted with all these questions, it doesn’t become really clear to me whether we are simply changing the term “information systems” for a new term or, if we are indeed facing a paradigm shift. When looking at the initiatives generated in companies around Big Data, it seems that any company purchasing a new software in the coming months is fully inserted in the pursuit of the new gold. Obviously this cannot be the case. However, reducing everything to a commercial invention to just sell more systems and consulting hours does not seem fair either. This lack of clarity causes serious difficulties in maintaining productive conversations that can bring some light to the subject.

From the outset, it is clear that when we talk about Big Data we refer to the use of data, available in increasingly large quantities (I read recently that Google handles each day more than 24,000 TB of data!). Furthermore, we also talk about the application of technology to capture these data and the ability to transform them into useful information for business management, whatever the functional area might be. One of the main influential authors to write about analytics in general and about Big Data in particular is Thomas Davenport of Babson College in the U.S. In his book “Competing on Analytics”, published in 2007, he described the great potential of analytical processes in companies.

But, as noted already then, this is something that has existed for a long time in the business world, even though it may not have reached all companies. There is a quote in the book stating that the more than 17.000 suppliers of Wal-Mart made more than 21 million queries on the systems of the American retailer, already in 2006. In other words, on average more than 50.000 queries every single day. And UPS, for example, already founded its department of Operations Research in 1987.

So, is Big Data then really not more than Analytics, version 2.0? Davenport spoke about this in an article published recently in MIT Sloan Management Review (“How ‘Big Data’ is different”). He states that organizations that capitalize on Big Data are different from traditional analytical environments, mainly due to three key aspects. First, these organizations rely on data flows, not stocks data. On the other hand, they rely also on data scientists and developers of products and processes rather than on analysts. And finally, the analytical activities are taken out of the IT-Systems area and placed within the key business functions such as marketing, production and logistics.

In this sense, and according to these claims, Big Data goes way beyond Analytics. So what does this mean for the logistics sector? And above all, what does it mean for the Small and Medium Enterprises (SMEs) in it? In the field, there are still many companies that still have a very long way to go as far as Big Data is concerned and which, I think, haven’t even figured out how to solve everything concerning Analytics. It is clear that in this area the large multinational companies are more advanced, but as such this is no excuse for SMEs to work managing their data in such a rudimentary way (an exception maybe being the few young logistics companies created as a result of electronic commerce, in general of a more modern nature).

As for the others, we should be realistic and see that they are still far away from the concept of Big Data. And is it actually worth considering Big Data for logistics SMEs? Although it is not clear in all cases, in general, I think the answer would be yes. From the internal point of view, Big Data could be used to optimize business processes. Externally, it could support the development of value added services to their customers (e.g., a type of business intelligence or optimization of logistics processes). Could SMEs make a giant leap and go directly from pre-Analytics right into Big Data? I sincerely doubt it.

In many cases, it is a matter of priorities. Companies in the logistics industry continue to struggle for survival. At best, strategically speaking, Big Data should become a priority for the medium or long term, but it’s not easy if the daily priority really is about survival for tomorrow. Moreover, we find the issue of investment needed to develop Big Data. This takes time and, above all, investment in systems and in a team. And as we all know, in SMEs there is not much of an abundance of money recently. Third, and finally, there is a lack of qualified personnel to work in Big Data. The demand for people with the appropriate profile is growing, meaning difficult to find and becoming really expensive.

On the short term, I see it complicated for SMEs logistics to make a big leap forward. I really hope I’m wrong, but it’s not that different from what usually happens: the leaders are simply far ahead of the big corporate mass. Just like Amazon already implemented RFID, voice picking and pick-to-light around the year 1998, there are logistics SMEs still today who have not even started to explore these same technologies 25 years later.

What I do see is a clear opportunity for sectorial organizations and industry associations in the logistics industry in collaboration with technology companies that develop imaginative solutions for Big Logistics Data in order to help solve the complex situation in which the SMEs in the industry find themselves. Therefore, and before thinking about Big Data, maybe we should first start with a bit of Small Data, which is already quite something for the moment…