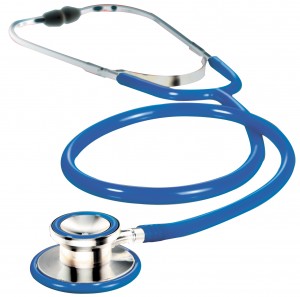 How healthy is Spanish Logistics?

Towards the end of 2011 I did the following reflection in this same space: “I’m missing a global vision around the impact of certain logistics initiatives aimed at competitively positioning Spanish Logistics at international level. In other words, will these logistics initiatives make us so attractive that clients will change their current Ports of Entry and choose a Spanish one? Will jobs be created and will a boost be given to the logistics market? From the international point of view, what is the logistics value proposition of Spain? And what is the competitive advantage of Spain in logistics, compared to other countries in the EU?”.

Some weeks ago we received the news that the Spanish minister of Fomento (“Development”), Ana Pastor, has announced the establishment of the so-called “Unidad Logística” in order to “reinforce the coherence and the coordination of actions taken in the industry”. Translating “Unidad Logística” to English it could be either “Logistics Unit”, or “Logistics Unity” and it is actually not clear to me whether in the spanish original the minister is doing a word-game with both possible explanations or whether she actually specifically had only one of the two in mind.

Well, whichever way it was intended, both are necessary and in any case, as you know I belong to those who prefer to see the glass half-full, so from my point of view this initiative is great news, because it looks forward and has the intention to improve things which are not working very well.

FOMENTO’s PRESS RELEASE
So what is this initiative about? Let’s try to understand better. Based on the press release of the Ministry it is hard to judge, because it speaks of the problems identified in the sector and the need for coordinated action, but without specifying too much really… One of the objectives highlighted in the press release is that Spain should go up five positions in the world country ranking of logistics, as published by the World Bank. Spain currently holds position number 20, among others behind 11 other European countries. We must be more competitive, because both the country’s size and geographical position justify that Spain should be playing up there with the best. But we have to make sure that everyone understands where the results of the World Bank ranking come from. It is based on qualitative surveys (not quantitative). Normally, through a sample of between 1,000 and 1,500 people from the sector, at international level, in other words, the result are very subjective and are more about perception than about anything else. As an example, the third position in the Ranking is occupied by Finland. With all due respect, surely a well-developed country in logistics terms, but you can hardly say that this is one of the major logistics hubs in the world. If Spain wants to obtain a high position in a subjective ranking, maybe we should think in other initiatives, not only in improving our infrastructure.

I understand from other press releases and newspaper articles that a lot of emphasis is put on improving the rail network, which in Spain represents only 1% of all freight transport, and the objective as posed by the Government of approaching the percentages of other countries such as Germany where rail-freight covers 22% of the total. Why this concern for the train? The truth is that I don’t really understand. True, better rail links can help to be more competitive, but based on the information available, I find it difficult to follow the line of thought of the ministry. Just stating the fact that Germany is far more advanced in this respect, dos not allow me to see the importance of the train within the overall problems of the logistics industry in Spain. Therefore, I don’t think this is a very convincing argumentation, which is a shame, because what is needed in this first phase of this new “Unidad Logística” initiative is precisely the confidence of all involved that this is actually going to go in the right direction. I could go on, but I prefer to leave it here right now and say that it’s not very clear to me what specific measures the ministry is thinking of beyond bringing together “the administration and private business sectors of all stages of the supply chain.”.

THE STARTING POINT
Anyway, it will certainly not be an easy ride, because in the industry we know very well what the current situation is like. Demand has dropped sharply in recent years as a consequence of the economic crisis, companies have disappeared and many more suffer performance problems, the country has an unbalanced infrastructure –very strong in some aspects, but with a surplus or shortages in others-, a sector which is not very transparent at all, with many different actors, each with their own interests…

Add to this some of the actions and behaviors as previously shown by this same Government. Some episodes of the soap opera on the Mediterranean Corridor come to mind, giving little confidence to reach consensus on specific short-term actions. I also remember the announcements of the minister herself a little less than a year ago, in March and April 2012, respectively. In March she announced a program of public and private investments worth 500 million euros to improve rail links around the port of Algeciras. Barely a month later she announced the economic contribution of the ministry to the plan, which would be 200,000 euros, maybe a lot of money in absolute terms but on the total of 500 million euros, the interpretation may be quite different. I also remember reading about recent meetings between the minister and representatives of the logistics industry, where on occasions some stood up and left the meeting, or didn’t even show up in the first place; and vice versa. I remember the comments of the Prime Minister, Mariano Rajoy, during the recent session on the State of the Union, just days after the news of the Logistics Unit, announcing “a second battery of reforms in the field of transport and logistics” followed by the response of the Logistics Industry Organization Fenadismer saying “transports cannot support a penny more in taxes and there will be a more pressing reaction if necessary”.

¡ADELANTE!
Based on the first news messages about this new Unidad Logística, I’m still missing some answers, which for me are very important: How does the Ministry see the logistics value proposition of Spain? And what do they think is Spain’s competitive advantage over other European countries? The answers to these questions define the intended destination of the trip and allow to define how to get there.

I would really like to believe that the move to establish the Unidad Logística is an initiative that goes far beyond just good intentions. The industry needs it. The labor market needs it. The country needs it. But it is clear that the process, as well as being very ambitious in its intentions, especially requires a very clear and shared vision and a great deal of leadership. And therein lays the challenge, because we come from very far.

Now is the time for the minister to demonstrate that she is serious, that she does not only know how to point at problems and invite those involved, but that she also has very clear what the solutions and the main priorities are, as well as how to implement them. As the saying goes: “when the going gets tough, the tough get going”. I think the first step was a good one, but now it’s time to quickly define the destination of the trip and to lead the way ahead.