Who will (b)eat the apple? 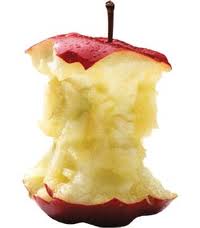 They’ve done it again. Once more, large part of the world is looking at Apple with great expectation, and their movements even have an impact on us, the Logistics & Supply Chain professionals. These days, the technological phenomenon from Cupertino (California) presents its new phone, and this time we’re not anymore only speaking about how innovative they are in terms of design or product concept. No, as it turns out they have now also captivated the logistics world for the way they do things. In the Logistics & Supply Chain industry, more and more anecdotes of Apple’s practices become well-known, such as the 50 million dollars they dedicated some years ago to reserving almost the complete available air-based transport capacity between Asia and USA in order to get their product to the market quickly and keep competitors away from using the same planes, or the quantities of cash they offer to suppliers in order to get volume-guarantees and exclusivity in return.

What can we learn from all this?
Without pretending to be very exhaustive, on the one hand because there is no space for that here and on the other hand because I don’t have much more information about the subject than what has been published in newspapers and magazines, I think that there are some interesting elements that we can learn from. But before, I would also like to highlight two conditions that somehow characterize Apple and which surely have some relationship to their supply chain policies. First of all, Apple of course has something that many companies do not have, especially during the last few years: cash. And secondly, because of the strength of their brand, or the loyalty of their fans, Apple seems to suffer significantly less of the effects of stockouts than other producers, because in the case of Apple the consumers simply wait until a new shipment of goods has arrived, instead of then turning to an alternative product offered by a competitor. This obviously is a luxury that only very few companies have.

Now, what would I highlight about Apple’s supply chain and the policies around it?

• First of all, there’s the importance of a truly global vision. Just having great state-of-the-art products or nice designs is just not enough. This has to be supported by a solid operational strategy that secure that these products indeed get to the markets.

• Then there is the direct relationship between product design and aspects of scalability to large volumes of production, with the right quality and at acceptable cost levels, based on superior competencies and large doses of creativity also in the areas of, for example, materials and manufacturing technology.

• Next, there is the clear demonstration of the importance of relationships with suppliers, independent of whether they supply components, manufacturing of logistics services. Apparently, Apple not only seduces its customers, but also its suppliers. It simply sounds great to be able to say that Apple is a client of yours, even though you know that they are extremely demanding.

• And last but not least, I’d like to emphasize the recognition in Apple of the importance of the Operations & SCM area, visualized in the best possible way with the appointment of Tim Cook, former Head of Operations, as the new CEO of the company, who as they say gives copies of the book “Competing Against Time” to his colleagues, a book centered around the importance of the supply chain as strategic tool in business.

Everything perfect, then?
At the moment, it seems that Apple is simply perfect, at least judging by what is said about the company in most occasions, you would certainly get that impression, because most of the conversation is in positive terms, talking about the company’s creativity and out-of-the-box thinking. Apparently, one shouldn’t be talking about potentially negative aspects or risks in their way of doing.

The first question one can pose obviously is “until when will this last?”, starting with the demand for Apple products. What if the new iPhone suddenly doesn’t live up to the expectations, or what if their new iPad-mini looks too much like the tablets based on other platforms that already exist? Maybe demand will then drop below the forecasted quantities, which logically has negative consequences on the production capacity at suppliers, either reserved or contracted out in exclusivity. Large part of the picture could change because of this, from the simple structures of costs and benefits, down to the loyalty of their fans or even the negotiation power towards their suppliers.

Another doubt could be related to operational risks, the “resilient supply chain”, which is the capacity of the chain to respond quickly to events that might have a negative impact on the overall performance. What if there is an important, but unforeseen problem at a key supplier? Or problems as a consequence of earthquakes in Japan, strikes in China, complications in the relationship with Samsung, which is a key supplier, but at the same time a prime competitor in the smartphone arena, etc.? Is there a Plan-B that will be activated instantaneously, without even causing one single “lost sale”? When putting down the above questions, the (in-)famous example from some years ago comes to mind, of Ericsson and Nokia when a microchips manufacturing plant of Philips burnt down, a key supplier to both companies. One had a back-up plan, the other didn’t.

I’m quite sure that in Apple they’ve got it pretty much under control, you would even think that with an Operational expert at the helm of the company this would be more than covered. So, for the moment, I’m sticking with the positive view on Apple’s supply chain, although with half an eye on what might happen in the future.

Supply chain as a strategic tool
And I keep thinking about Apple and the fundamental role of its operations and its supply chain. And really, it isn’t even that surprising to observe that successful companies hardly ever have reached this on the basis of one single little “trick”. In general, they are successful precisely because they do a lot of things very well, from R&D in products, processes and technology down to their policies in corporate communication, human resources and, why not, the supply chain.

Just look at companies like Procter & Gamble, Coca-Cola or Zara and you’ll see it; they do a lot of things really well, including their management of the supply chain, obviously especially in the case of companies involved in the development, manufacturing and distribution of physical products.

Yes, the supply chain can really be a key instrument, strategic to the competitiveness of the company and of course, those of us who work in the field already knew this. But maybe it just took a famous company like Apple to enable us to explain this also to the rest of the world.